For the past six months, my youngest daughter Eve (above) has drawn the same image over and over. In almost every case, she starts with a blank paper and adds, in sequence:

She can literally draw the same scene on repeat for hours. 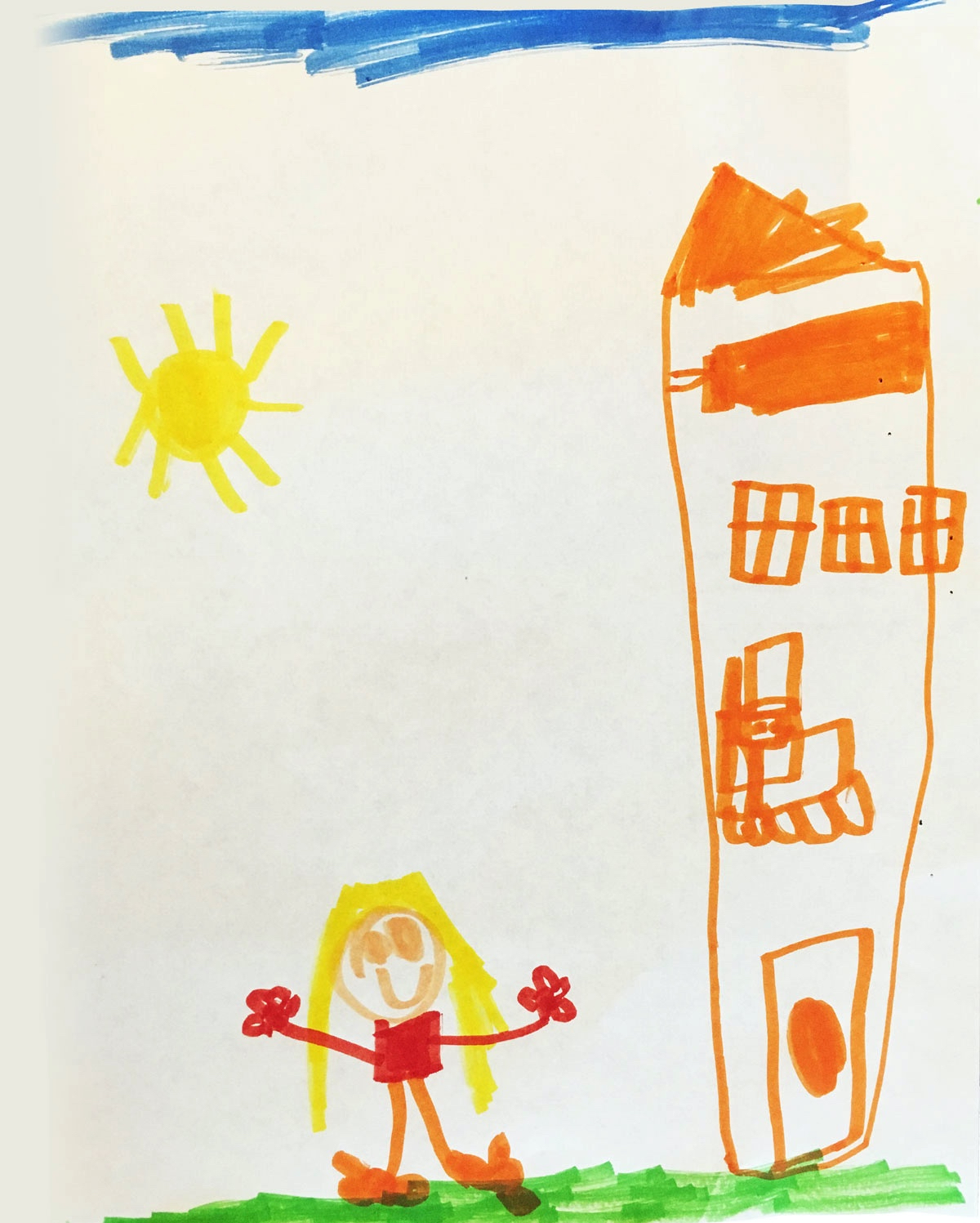 Some of this is a child’s love of repetition. Watch a toddler line up blocks, knock them over, then line them up again with unending concentration.

I’m convinced, however, that some of this is a genuine part of the creative process. After hundreds of iterations, Eve’s vignette has taken more nuance, with improvements appearing by degrees. Below is a later version of the same scene: 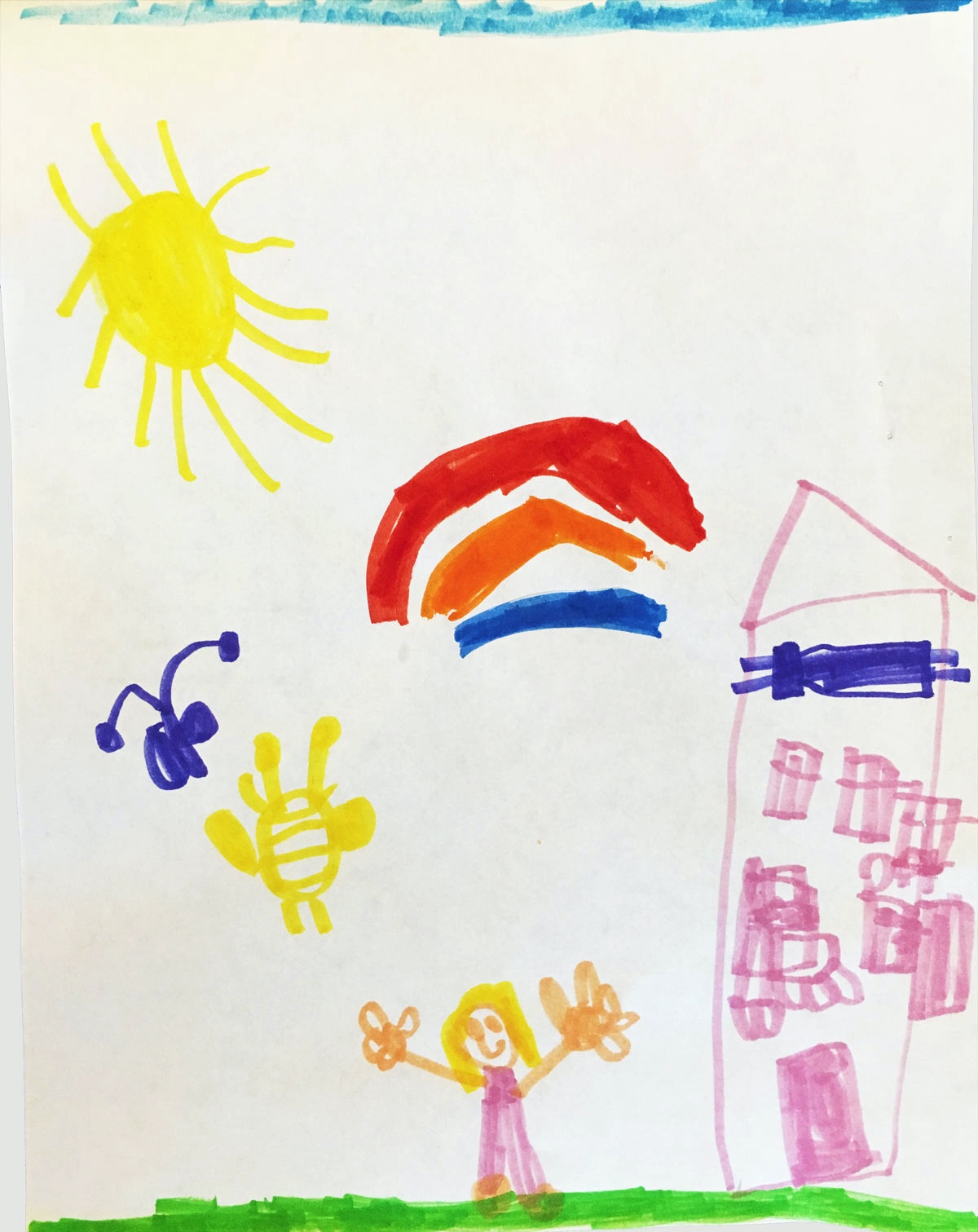 Repitition is vital to these improvements. She only adds detail once “the basics” are complete and there’s room improve on the standard.

In the adult world, repetition is also key to the creative process. You can walk by the same thing your whole life but finally ‘see it’ one day. Scientific breakthroughs are similar: the solution comes on the 524th attempt at the physics problem, or eleven months into the same experiment.

In my 20s, I did a course on sound editing while considering a career as a recording engineer. After two classes, I went nuts hearing the same three-minute pop song over and over with tiny changes in equalization. Pop songs are repetitive enough and this was torture. But by contrast, I have plenty of patience to adjust the home page of a website by a pixel or two, or make endless tweaks to a logo in Adobe Illustrator.

Repetition adds to our creative toolbox. After years of making websites and logos, I’m now playing with subtle gradients, discovering intriguing new font combinations, trying thin sliced photos instead of boxy rectangular ones. For some, the repetition of sitting in front of a computer making websites week after week, year after year would be maddening drudgery. But if you have the right art form, repetition opens up deeper wells of creativity that only come with time.

Nearly one year later, Eve is still drawing the same image but with exponentially more detail. You’ll now see a chirping bird, our entire family with extendo legs, a towering tree, a photographer taking our family portrait, new animals and even an interior staircase. 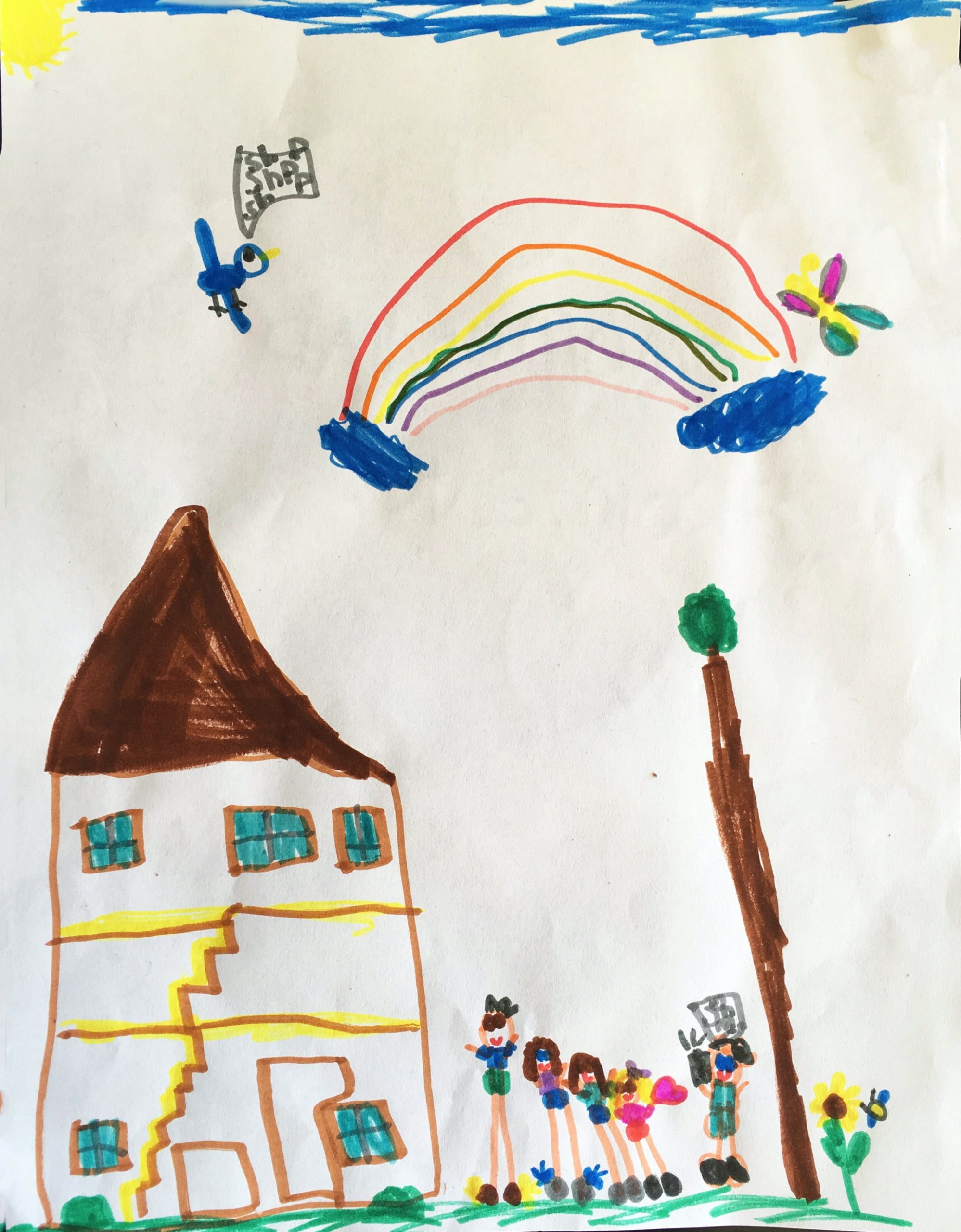